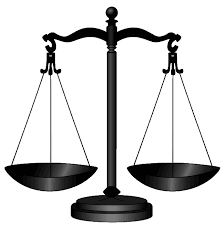 Before the use of money, there was only barter. People traded the things they had for the things they wanted. If someone made baskets, then they could take those baskets and trade them for food, spears, or even arrows. Money allows people to place a proper value on goods, services, and labor. There were often times when the barter system was unfair depending on what the person needed. If I wanted an apple but the only thing I had to trade was a cow then that created a huge problem.

Over the years there were many things that were used as money. Indians used beads and shells. I have read about some cultures that even used salt as a form of money. Perhaps the oldest form of money is gold and silver. Egypt used both gold and silver. It may even amaze some people that silver used as money is even recorded in the bible. The earliest recorded use of silver was when Abraham wanted to bury his wife Sara.

Gen 23 7And Abraham stood up, and bowed himself to the people of the land, even to the children of Heth. 8And he communed with them, saying, If it be your mind that I should bury my dead out of my sight; hear me, and intreat for me to Ephron the son of Zohar, 9That he may give me the cave of Machpelah, which he hath, which is in the end of his field; for as much money as it is worth he shall give it me for a possession of a buryingplace amongst you. 10And Ephron dwelt among the children of Heth: and Ephron the Hittite answered Abraham in the audience of the children of Heth, even of all that went in at the gate of his city, saying, 11Nay, my lord, hear me: the field give I thee, and the cave that is therein, I give it thee; in the presence of the sons of my people give I it thee: bury thy dead. 12And Abraham bowed down himself before the people of the land. 13And he spake unto Ephron in the audience of the people of the land, saying, But if thou wilt give it, I pray thee, hear me: I will give thee money for the field; take it of me, and I will bury my dead there. 14And Ephron answered Abraham, saying unto him, 15My lord, hearken unto me: the land is worth four hundred shekels of silver; what is that betwixt me and thee? bury therefore thy dead. 16And Abraham hearkened unto Ephron; and Abraham weighed to Ephron the silver, which he had named in the audience of the sons of Heth, four hundred shekels of silver, current money with the merchant. KJV

A shekel at that time was a unit of weight. When metals were used for money, scales were used to weigh out the price. When Egypt used gold and silver as money they used scales to weigh the metals.

According to the Greek historian Herodotus, writing in the fifth century BC, the Lydians were the first people to have used gold and silver coinage. but the actual truth is the earliest coins are found mainly in the parts of modern Turkey that formed the ancient kingdom of Lydia. These coins were first produced in the seventh century BC and only had a design on one side.

This meant that the exact weight was in the coin itself and scales were no longer needed. In time Lydia separated the metals and made silver and gold coins. Their earlier coins were a mixture of other metals. These coins eventually were made from a naturally occurring mixture of gold and silver called electrum.

The Shekel later became a coin used in Israel that weighed….you guessed it, One Shekel.

Coins as an invention eventually made their way to Athens and they exploded in use. Athens was one of the first societies to have a tax system and free commerce. Their prosperity allowed them to build huge temples and create massive works of art. They had many public works projects too.

When Athens fought in the Peloponnesian war that changed everything. Their monetary problems began because of this war. First, they lost access to their gold and silver mines. They were sending money to their soldiers who were many miles away and marching on foot. This was so they could buy supplies and receive services from the local populations.

This created a shortage of money in the city of Athens and they began to experience deflation as more and more money was exported. They started to debase their coins by taking coins generated from their tax revenue and melting it down to mix with copper. People took those coins at face value at first until there were many of these coins in circulation.

Suddenly it took a bunch of copper coins to buy some of those rare gold and silver coins that were minted in Athens before the war! This was a large factor in Athens’s downfall. It was the debasing of the money supply combined with the expense of war and public works that finally brought Athens down. In 404 B.C. Athens surrendered to Sparta.

Athenian Currency In The Late 5th and Early 4th Century

The Debasement of Roman Coins

Perhaps the first time inflation happened during the Roman era was during the time of Nero all the way up to the crisis of the 3rd century. Roman coins use to be pure silver. Rome began to mix other metals with their silver coins in order to increase their money supply. Coinage in the Late Roman Period suffered from severe debasement. By 250 AD, the amount of silver on the coin had been reduced to just 5%.

For the production of these “silver” coins, a base of copper, tin, and lead- alloys were used. To complete the process the coin was overlaid with silver. The surface was covered by a thin silver plating. This plating wore off easily during the circulation of the coins. Much to the surprise of the Romans, the extra coin supply brought inflation to the Roman Empire.

You can see the progression of the debasement of roman coins. As more of these debased coins entered circulation they stole value from the coins that were already in circulation and this brought about inflation for the Roman Empire. The above chart shows the debasement leading up to the crisis of the 3rd century.

The Rise of Currency

In time people began trading the paper receipts instead of going to get the gold to pay their debt. The paper receipts that represented the gold became known as currency. They were nothing but a mere claim check or a receipt to indicate the amount of gold that was on deposit.

One thought on “Early Monetary History”

The Truth About The Coming Global Currency Reset